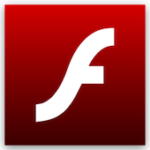 As a Mac tech, one of the most frequent questions I am asked is “What is Adobe Flash Player?“ Most everyone has seen a message on their computer at some point telling them that this needs to be installed or updated. But few people seem to know what it actually is or what it does.

Flash Player is an application that is developed and maintained by Adobe Systems. It’s original purpose was to play files that were created by an Adobe application called Flash. This platform was very popular in the early 2000’s for creating animations, videos, games, and other interactive web content.

Today, Flash content on the Internet is rapidly being replaced with HTML5, which can display just about everything that Flash used to and more. The main use for it today is to run older games and applications that have not been converted to HTML5. Pandora on the web and xfinity.com are good examples of companies that have NOT converted – yet.

“So why does my computer keep telling me to install Flash Player?”

In recent years, some scams have emerged on the Internet where the scammer buys advertising space, and uses it to display a fake message saying that the Player needs to be installed. As most people do not know what Flash Player is, this is a very effective scam. When the victim clicks on the installer or advertisement, malware will be downloaded to their computer.

There are still some older websites that do require Flash Player to function properly, but these are becoming very rare. If you do need to install it, make sure you only get it from https://get.adobe.com/flashplayer. If you ever have any questions about whether you need Flash Player or if a download is legitimate, feel free to call me or email me first!